The Relationship Dynamics of People with Blindness 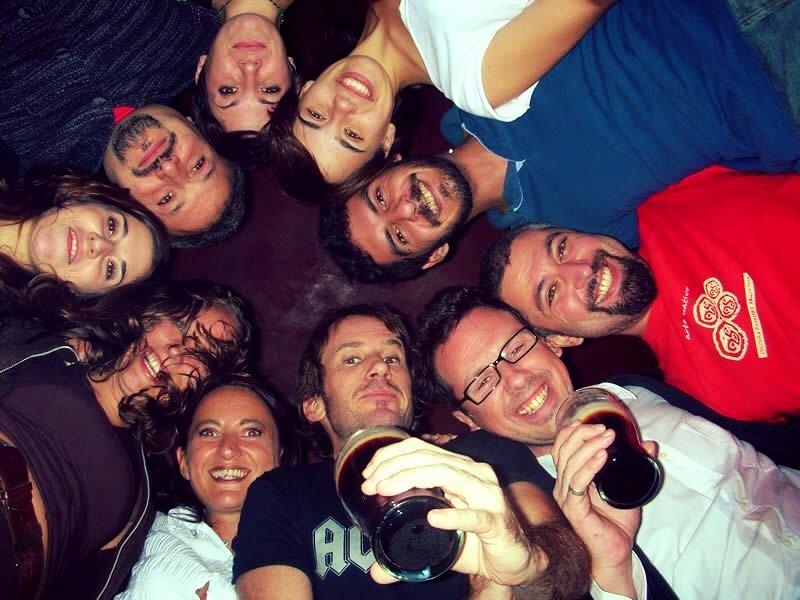 The Relationship Dynamics of People with Blindness

Admittedly, I have had very little sighted interaction throughout my childhood as I went to a visually impaired school. I socialized primarily with family members; therefore, for a long time, I believed that the superstitious spew coming from my relatives was true.

‘In your previous life you must have done badly, so this time around you are punished with this blindness.’ A fellow writer Rebecca Wong, wrote about this on her post when she visited a faith healer.

Or there is a more optimistic version: ‘Buddha took away your eyes, but he has given you other talents.’

So throughout my childhood I was either trying to be good, or to find these hidden talents that I was supposedly gifted with. A common misconception about visually impaired people is that because of the loss of our vision, our other senses are heightened. This is true to a degree as we rely heavily on our other senses, but the awareness often perceived is mythologized. To put it simply, it’s far from being any sort of Sixth sense.

Now where was I? Concentration is clearly not one of those talents… Oh, yeah, the superstitious garble. With these demoting statements, you may wonder how anyone could gain confidence.

Fortunately, my parents were not superstitious at all, and by living in a fairly politically correct environment, here in England, gave me more than enough confidence to do most things. But, was it enough?

We live in a somewhat progressive society in the West, where people are self-conscious on what they have to say; and finds it hard to express themselves without worrying about offending others. Only the other day, a person whom I had met just twice tried to enquire about my eye condition, and it took him ages:

‘Hi Alex. I want to ask you something… so you know that you can’t… umm, you know you are… what’s it like being… what I mean is uh…’
In the meantime, in my head, I am urging him to say blind, just say it!!
Or my personal favourite, when people feel like a word will deeply offend me.
‘So, Alex, did you watch… oh I’m sorry, I meant did you hear the new Game of Thrones?’
‘All right, mate. See you… Er, hear you later!’
Being in the middle of these two extremes initially really confused me as they were so different, but now I see how ridiculous both sides are. Today, I take them both with a pinch of salt, Which is the main reason for me to start this blog.

I got in touch with Bahzad, a visually impaired Lebanese currently living in Michigan, in the US.

Some cultures are maybe lacking in education in terms of disabilities, he explained.

I live in a community populated by Arab Americans, and I remember this time on Halloween: I was passing out candies to a boy and his mother was behind him. “Aww, he’s blind,” She said in our language. There are a couple of words that denote blindness in the Lebanese dialect and she used one of those harsh ones, which usually mean, “crippled”. I felt demeaned and belittled because I’m not that person.

After talking to Bahzad, I noticed another issue: This is not only an problem with the ignorance of the adult mother, but her child who will naturally learn from her.

How is the next generation to view visually impaired people if their parents are not aware themselves???
If people are stuck in the past with superstitious notions or they are’ walking on eggshells when talking to us, those who are blind or visually impaired will never feel that they are simply just other members of society, which is the idea here.

Why do visually impaired people find it easier to make friends online?

Moving away from home and family, friendship is another relationship that I find quite interesting. I have both sighted and blind friends, online and off; but I do seem to find friends easier online. When I say easier I don’t mean they are closer, but they are people with whom I enjoy spending time, just as much as my offline friends.

Personally, I believe that the Internet has given everyone (not only V.I) an easier way to interact with new people who share the same interests. The anonymity that the Internet provides gives an even playing field for V.I with others, unlike offline, where your physical disability could be viewed and potentially judged before you get to know someone. It is also the matter with visual cues (not making eye contact, for example) can be very off-putting to sighted folks, and quite a few visually impaired people do not do this.

But, can an online relationship replace an offline one?

Yes, it is easier to meet people online but harder to make a friendship online.  It is hard to become close without shared space.  There is something intimate about sharing the same space, smelling the same candles, drinking the same tea, eating cookies from the same plate–you can’t do that online.

I think what Linda said carries a lot of weight, as I personally have closer friends offline than on, but I know a lot of V.I people will disagree. When I think that forming online relationships shouldn’t be a stigma of your capabilities of making so-called real friends, it should not be your only way of establishing friendships as well.

Unless sitting behind a computer might be a better way for some people to make new friends, It is certainly a great foundation before meeting them in the flesh.

And finally, I have saved this until the end. Let’s finish off intimately.

I’ve been with only two  sighted partners and both relationships were great, not because it’s simply easier to have someone sighted around, but they knew me well enough to be there if I needed them without overdoing it. With that understanding is hard, and I think it’s one of the reasons why a lot of V.I people have difficulty finding a sighted partner who doesn’t play the role of mother or guardian as well.

Some visually impaired people is afraid of just this, they prefer a V.I partner as they believe that they wouldn’t need to explain anything to them, they will understand, being the same.

If you’re visually impaired, how much of what I’ve said applies to you? Feel free to share your own experiences in the comments below.

Do you have a visually impaired person in your family? Maybe a V.I friend? Or a partner? How much do you understand them? Let us know as well!

10 thoughts on “The Relationship Dynamics of People with Blindness”