Dear Media, Your Portrayal of Blind People Is Wrong 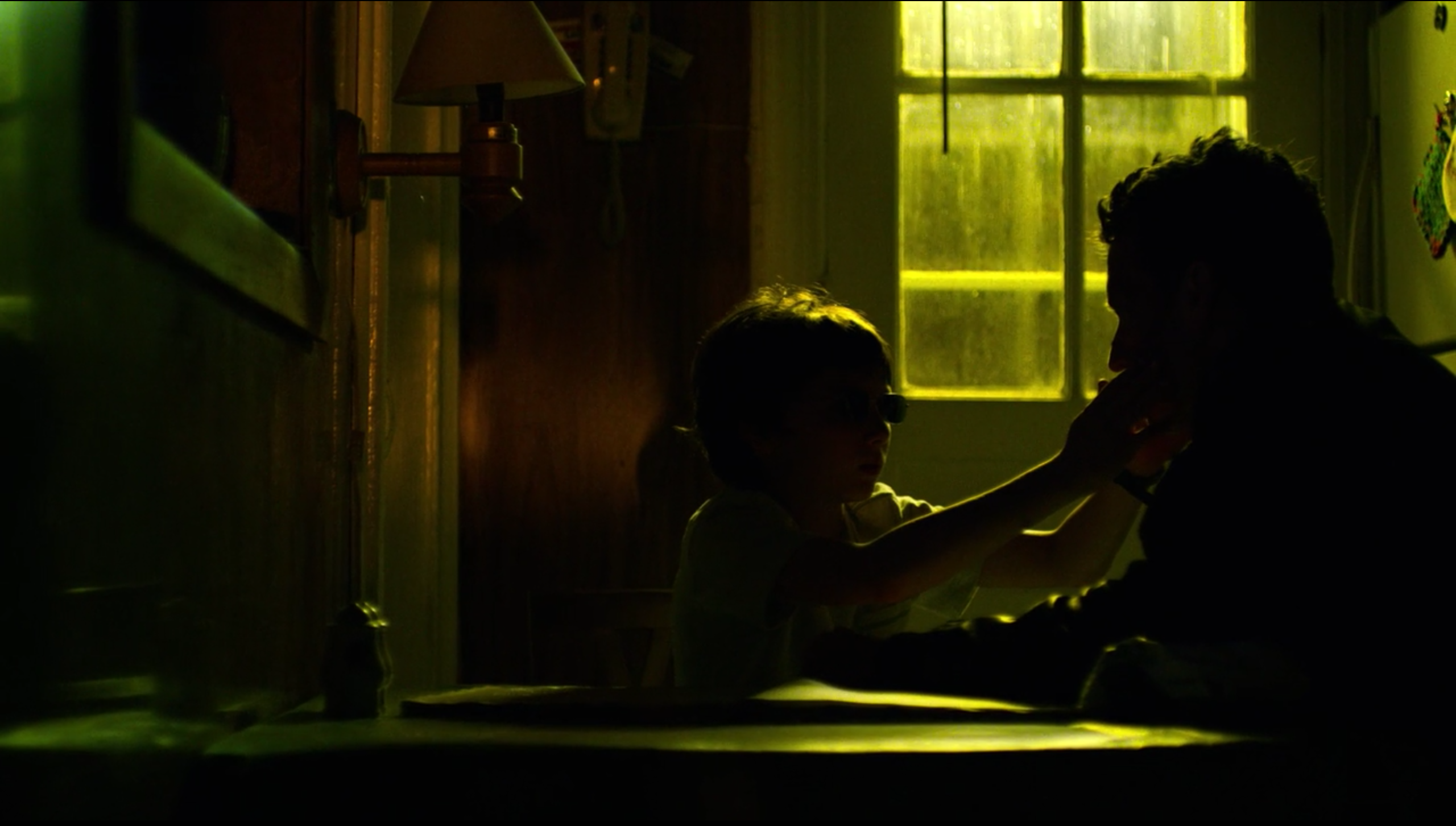 Dear Media, Your Portrayal of Blind People Is Wrong

With the media playing such a large part in our lives, from television to books and now the Internet, nothing says ‘you’ too are a part of today’s society more than when you see yourself portrayed in mainstream media, right? A heart-warming story of a blind person regaining sight, an inspirational article of a blind person’s life, or even a blind superhero–hey, that person is just like me! Right?

Wrong. If this was the case, there would be no need for what I am about to discuss.

It is very well to say, ‘The more stories about us, the better’. That it is only through stories in the media, that the sighted will learn about us, and therefore a perfect way to generate awareness. Because providing our stories in an entertaining medium, means people are more likely take notice, right?  But are we here to entertain? We say we want to be like anyone else, not a dammed sightless wreck or a spiritual miracle worker and today’s media is doing just this.

Let’s start off with TV. In 2015, Netflix, the film and series streaming service added the series Marvel Daredevil which featured a blind superhero who fights crime like any other superhero, with martial arts, Ninjutsu, Kung Fu, and other fighting practices that I can’t pronounce but that made him a badass, not to be messed with! But unlike your average superman however, he relies on his extraordinarily heightened senses. He is able to hear heartbeats, read just by feeling the ink on paper, navigate around with radar sense and much more.

Ironically, the series did not feature audio description, meaning that blind viewers weren’t able to get the most out of the show; until a petition was made on Change.org asking Netflix to include AD. Eventually audio description was added to the service, and now Netflix boasts over 42 audio descriptive titles in the United Kingdom alone.

Sorry for going on a bit of a tangent, so what about the sighted viewers, what did they take away from watching the series?

The fact that this guy is a superhero sums it up: You cannot be as independent unless you have some kind of exceptional superpower. This really encourages the myth of blind people having super senses, which is false–we simply rely on them more as we do not have vision.

To the person asking if I’m like Matt in #Daredevil, can you do what Batman does? Just ’cause I’m blind doesn’t mean I can do that stuff…

It gives people an inaccurate understanding of what it means to be visually impaired, and therefore does the opposite of promoting awareness. Ironically, a girlfriend and I once sat close to two women in a restaurant and they were talking, not exceptionally loudly or quietly:
‘Look at that guy, he can’t see. I wonder how he finds the food on the table. Oh, it must be that girl, probably his carer.’ Apart from pissing me off at the time, these two clearly hadn’t watched Daredevil. Don’t they know we have super hearing?!

One last thing, we really don’t need to touch your face, often we won’t even care what you look like. I know a lot of media including Daredevil features the infamous ‘blind person touches face scene’, but this is not normal, and your average blind person will not do this.

If you want to describe yourself, that’s kinda ok, but hey if you’re insisting on letting us touch your face, it’s very rude of you not to allow access to the rest of you!

Moving away from the so-called positive portrayal of blind people, there is a movie called ‘At First Sight,’ a romantic drama about a blind protagonist who encounters issues with a sighted heroine. These issues revolve around this man’s sight loss and the eventual drifting apart from his romantic partner.

Without going too deep into the details of the movie, which contains a lot of positivity crap about sight not being everything, I’d like to talk about this guy’s occupation.
He is, wait for it… a masseur! Until very recently I’d never considered this to be a stereotypical job for the blind, but after some research, I’ve come to learn that this is in fact a very popular occupation  especially in Asian countries such as China and Thailand, one of the few avenues of employment for the visually impaired. I suppose this is the case as we use touch a lot, perhaps there is an affinity for the task. Admittedly, this is a slightly biased example; available job opportunities must vary according to geographical location and the socio-economic status of the country in question.

But why limit ourselves to this profession? Movies such as this give the notion of what visually impaired people can do, rather than the attitude of ‘I’m visually impaired. what do I want to do?’

Instead of exploring new avenues of job prospects, the blind must choose from a list, and find something that sounds most appealing to them off of it.
Are you good with music? Maybe you can tune pianos.
Are you a computer wiz? Why not try out programming.

Don’t get me wrong–such jobs are just fine. I know a lot of blind people, including myself who are in these occupations and are content, but this is not always the case because of these stereotypes. We just need to get this idea out of everyone’s head that these are the only jobs we can do.

There have also been a lot of visually impaired characters depicted in books throughout the centuries, from Sir Arthur Conan Doyle’s ‘Sir Nigel’ novel ; where the blind character Andreas is believed to have special abilities because he has no sight. To William Shakespeare’s Gloucester in “King Lear”; where he is completely helpless and so dense he could be tricked by the simplest of deceptions.

Even today, there are a few contemporary novels where the portrayal of visually impaired characters remains questionable. I am talking in reference to the hugely successful popular young adult novel  ‘The Fault in Our Stars’ by John Green. For those of you who have not heard of it, it revolves around a teenage couple who are both diagnosed with cancer and hit it off at a support group. The friend of the male protagonist also suffers from cancer, which affects his eyes.

The blind person in this story, Isaac, eventually loses his vision, and the portrayal is fairly accurate. Throughout the novel, He tries to adapt to his sight loss and we see him performing everyday tasks as a blind person in the real world, not a blind person in the media.
However, his role in the story is to lighten the moments of the doom and gloom of the two protagonists, which makes him the proverbial good humoured disabled person, and merely serves the function of the comic-relief within the narrative.

What interested me the most is the point in the novel when the three friends go to exact revenge on an ex-girlfriend by egging her car: The mother confronts them, but stops after Isaac’s speech. It is unclear if she understood the reasoning behind his actions or assuming that he’s unable to commit such a crime simply because he’s blind. If it’s the latter, this underestimation of disabled people is an issue not only to those who are visually impaired, but to the sighted as well.

While there are problems with the media and literature, a few blind people might just use the underestimation and ignorance of sighted people to their own advantage. Some might call it ‘playing the Blind Card’. Didn’t pay for a ticket for a train ride? Produce another card if asked. Say you must have picked up the wrong one. If asked whether or not you want to buy one now, simply respond with, ‘Sorry, I thought that was a ticket and I have no money.’ What are they going to do, chuck a blind person off the train?

I would like to discuss these exploits further, but this is the wrong time as I think it merits its own post.

It seems like every story has to portray a visually impaired person as helpless, supernatural or inspirational. We cannot turn on the television or open a book and see that this blind person is just doing your everyday tasks. And even if they are, it will be twisted into an inspirational story, where this blind person is able to do X and Y, despite his or her disabilities. Because doing anything else won’t meet prevalent expectations and will not generate interest.

Have you seen a particularly interesting piece of blind media? Do share your experiences with me in the comments section!

9 thoughts on “Dear Media, Your Portrayal of Blind People Is Wrong”