I’m a Blind Guy Traveling All by Myself, Please HELP 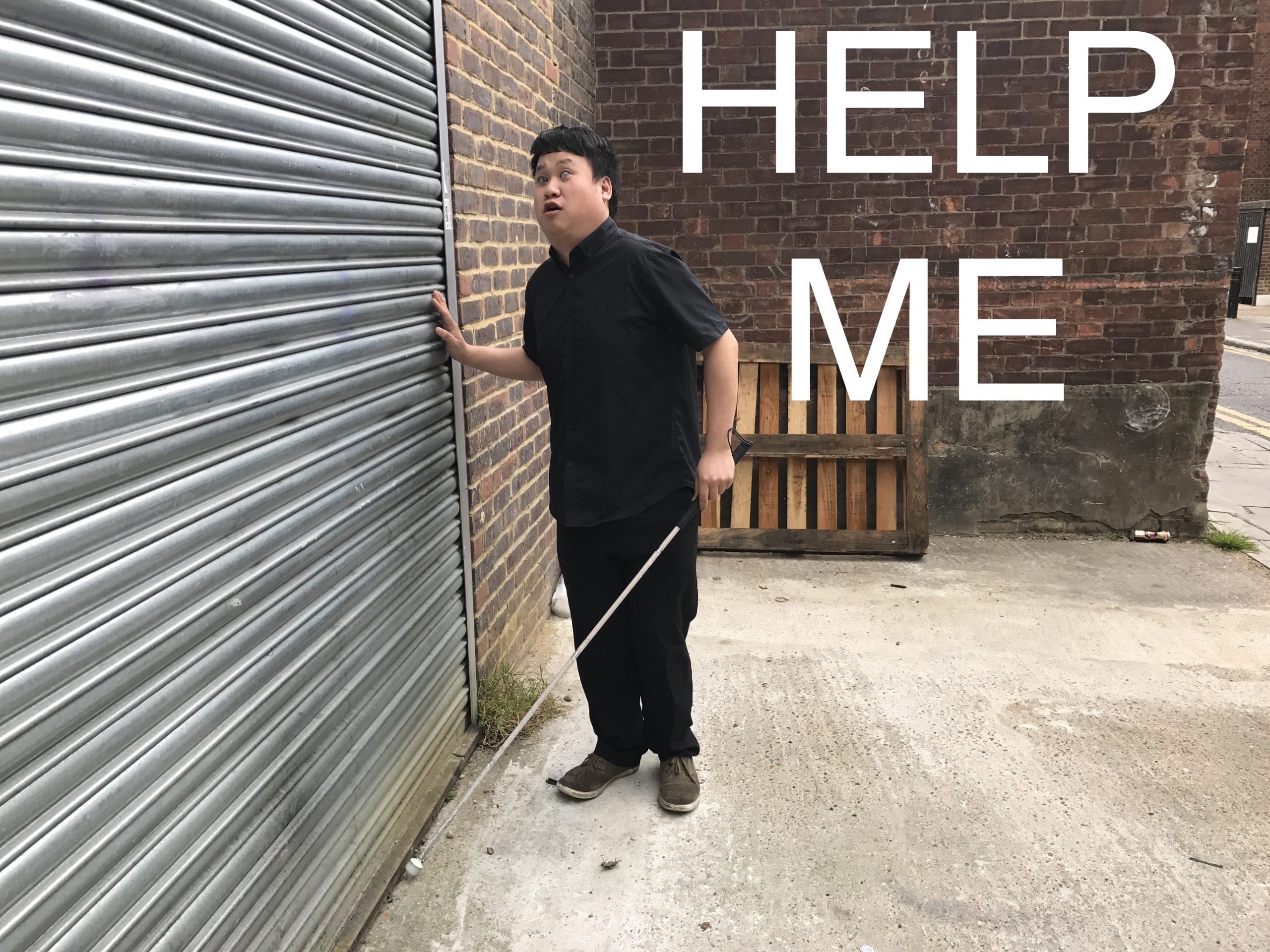 I’m a Blind Guy Traveling All by Myself, Please HELP

I’m a constant traveller and a ten-year patron of Transport For London, and I see things on my travels that I would like to share. And yes, just for authenticity sake, I am writing this as I’m sitting on a tube going towards work.

I will be talking primarily about public transport; in particular, how Visually impaired travellers navigate, and our experiences with fellow sighted travellers.

How do you know where to go if you cannot see?

This is a question I have been asked numerous times, and it is a fair one. If you cannot see your destination and cannot look at visual signs, how do you go from point A to point B?

How it normally works is that we receive mobility training. This involves learning the route with an instructor until we feel comfortable without any assistance. Instead of signs and visual cues, we use other senses, chiefly touch. Differences in the ground and tactile landmarks such as a post-box help us during our travels, particularly because we can use our canes to detect them.

Once we’ve learnt the route, it is very rarely that we will need help again.

There have been times when I was walking, quite confidently and swiftly, and suddenly someone would put a hand on me and say, ‘Let me help you.’

I am normally quite friendly to my fellow travellers and very rarely am I sarcastic, but in situations like these, when I have not given any signs of having needed assistance, I can’t help but cynically wonder what gives this person the urge to play the white knight.

If they were purely seeing a person who is blind and automatically assuming they need help, then we have an issue.

How do visually impaired travellers build up their confidence if they were stopped constantly and assumed to be in need of help? Plus, it is extremely exasperating having to stop and let someone know that ‘yes, I am ok, have a nice day.’

Ironically, there have been times where help was not needed until someone had in fact interrupted me to offer it.

Picture this: I’m walking along, and that notorious hand is placed upon my arm and a voice goes, ‘Hey. Let me help you, mate.’

*Crashes headlong into post* because of not concentrating for some reason, proving Mr Samaritan right.

‘I told you you needed help, mate…’

Joking aside, though, this is not only an annoyance, but also potentially dangerous.

Do not get me wrong. Even those who are happy with their routes and have been making the same way for years still might encounter problems; things change as they do. Scaffolding will be placed on pavements, areas could be roped off, walls knocked down.

How do I know if a blind person need help?

It is quite simple: use your eyes! If someone were lost, they will show it. For instance, they might be walking back and forth.

There have also been times when I have openly asked for help and was ignored:

‘Hey, does this train go to Bank?’

Fortunately these scenarios are rare, and after muttering some well deserved words for the person, I quickly move on.

I am by all means not a die-hard independent activist; I know there are times when it is faster and easier for me to grab hold of someone instead of walking alone. This, however, is with friends and family. It is more an emotional relationship thing.

Just like the unlikelihood of two strangers striking up conversation and walking together, letting a stranger guide me unnecessarily is not something I want.

I have gotten in touch with other visually impaired travellers, to gather their thoughts on this matter.

Meet Sam. He lives in Kent and studies at Surrey University in Gilford.

A typical journey for him would be getting a cab from his halls of residence to the station due to limited buses. From there he will ask for assistance by train staff to put him on the correct train and to ensure there is someone at the other end to guide him on the next leg of the journey.

Most of the time there will be someone at the other end, but there have been circumstances when no one has turned up and other travellers were around to help.

It was during one of these journeys when he was offered too much assistance:

‘I got on the train and asked if there was a free seat. Then, a woman asked another passenger to give up her seat. Apparently, she turned out to be pregnant. I was telling her its fine; I’m all right standing if she’s pregnant. She wouldn’t let it go: “You might be pregnant, but this man is blind,” She said. And I thought that was really embarrassing. I know she was trying to be helpful, but she made it worse. I recognise the fact she wanted to help, but I felt that she could have listened to me more, rather than make up her mind that this might be better for me.’

The above scenario is a good example of excessive help, especially when the person in question has clearly refused it. So if speaking out directly doesn’t work, what must we do to get the message across?

The fault does not only lie at the feet of sighted travellers–some visually impaired travellers are simply not socially educated in how to handle people. I once came across a woman trying to help a young man down some steps, but instead of shrugging her off with a firm thank you, he let her have it. Abuse spewed out of him, the majority of which included how she should mind her own business and how blind people are misunderstood. Oh, yes, if they are misunderstood, then I’m sure that torrent of anger would have cleared things right up…

It is depressing even in this day and age that we cannot seem to find the balance between the two opposites, so I thought I share my thoughts. Do share your experiences in the comment below or mention me on social media.

11 thoughts on “I’m a Blind Guy Traveling All by Myself, Please HELP”