Should My Blind Child Go to a Blind School? 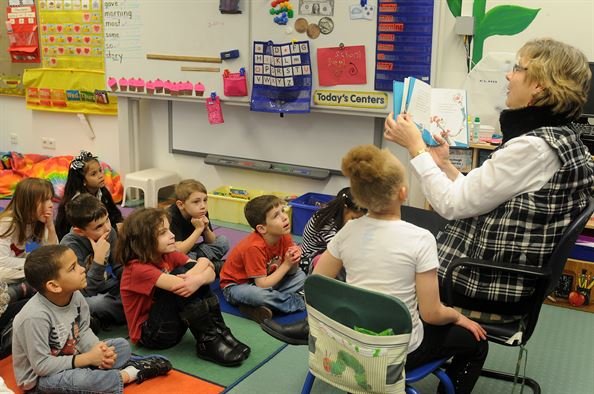 Should My Blind Child Go to a Blind School?

If you have read my previous entries, you will know that I went to a specialist school for the blind from nursery up until college. So in this post, I will be talking about education regarding visually impaired children.

My answer personally, as a person who has attended one, would be, no.

Yes, you will be sending your child to a protected environment with teachers who are aware of visual impairments, but most of the time they are over protected. They become so sheltered from the real world that they will find it hard to adapt once they are looking for university or employment. A lot of social behaviours sighted people take for granted are not learned, and mannerisms called ‘blindisms’ are picked up instead. If you have been following this blog, you might have remembered me mentioning that some visually impaired people don’t make eye contact or even often try to look at the person who is talking to them. They may turn their head to the side so that an ear is facing the speaker. This is understandable as we use our hearing more than our vision, but in a sighted world this doesn’t mean listening to someone–it means quite the opposite.

I did this up until a few years ago when a sighted friend pointed it out. It was after this that I became conscious of other abnormal habits. This would not have happened in a mainstream school. Children are brutally honest, and a good old tease will perhaps put any so-called ‘blindisms’ to a stop.

Blindisms aren’t restricted to one vice. A few of the most common include shaking the head from side to side, rocking back and forth, waving the hand or other objects in front of the eyes, and (for the more energetic) jumping up and down on the spot for no reason what so ever.

Simply put, these are bad habits, just like biting one’s nails, but they’re twice as bad in that they aren’t as well-known. People who have never come across these might think, ‘What on earth are they doing?’

‘So Alex, why do you think we should offer you the job?’

‘I think I am full of enthusiasm!’ *jumps up and down* or *rocks back and forth*

‘Well, you are certainly showing that…’

Let’s take it from another perspective: I have gotten in touch with Suleyman, The COO of a tech company in Los Angeles. Originally from Turkey, he moved to the States so he could attend a mainstream school and not a specialist one for the blind, which is the norm there.

When I asked him if he would go to a school for the visually impaired, he said:

“No, absolutely not. Kids learn how to properly behave in social situations because of the feedback they get from other kids. And you don’t have that in a blind school. If you do something you shouldn’t do, you’re going to get made fun of pretty badly, and you are not going to do it again. Also, a lot of blind schools are hesitant to teach things like that; they are worried of offending or hurting their self-esteem.

We live in a sighted world. The sooner and younger we are when we learn how to function in the sighted world, the better we will be, because there might be a blind school, but 99.9% situations in life aren’t built around blind people.”

I’m pleased that a visually impaired person who has attended mainstream education shares my views. If you wish to learn more about Suleyman, he was featured in the Wall Street Journal.

Putting the social aspects of life aside, let’s get into the main reason why you are sending your child to school–education.

The education given by these specialist schools are generally excellent, since they have teaching staff trained with a V.I awareness. Worksheets and textbooks will always be in an accessible format, with equipment being the same. These schools are usually smaller than mainstream ones, allowing the child more time with a teacher.

However, you can get most of this in the majority of mainstream schools. A lot of academic institutions now have a disability department that will ensure your child has the resources they would need in the classroom, including a support worker to take notes.

This is why the sooner a child is in mainstream, the easier it is for them to adapt. Their education will not only be more fulfilling, but the other children around them would learn and accept their disability.

If you still insist on enrolling your child in a visually impaired school, make sure the school offers support to only those who are visually impaired. A lot of schools say that they support sight loss or other disabilities, or both of them together. These are the ones that I would avoid. I’ve always thought, without being controversial, that physical disabilities deserve separate accommodations. The obvious reason is that they are completely different, just as you and I have different skill-sets.

These are also the schools where the bad habits mentioned above are picked up. There are those who cannot control their body movements, and your child will mirror them in the long-run. Teachers will think this is the norm for children in a special school and will not comment on it.

We live in a politically correct society and a lot of organisations want to be seen as being diverse. I think specialist schools are no different. They want to take on other disabilities.

But can they handle it?

With new disabilities come new staff, properly trained to teach in the field. A few years ago, a school for the blind was closed, judged by Ofsted to have ‘inadequate teaching, learning, leadership and management’, which in my opinion is because they took too much onto their plate.

What are your thoughts on the matter?

After reading this post, would you send your child to a visually impaired school?

Have you attended one and found it beneficial?

Let me know below!

18 thoughts on “Should My Blind Child Go to a Blind School?”